Gunfire rang out Friday evening at a shopping mall in the German city of Munich, leaving several people dead and others wounded.

The shooting, which started at about 6 p.m. local time at the Olympia shopping mall, is over, police spokeswoman Claudia Kvenzel said. Kvenzel had no immediate information about casualties or what led to the shooting.

Several people have been shot dead in a shooting at a shopping centre in the German city of Munich, police say.

A big operation is under way. Police are telling people to stay at home and avoid the streets.

Several people have also been injured at the shopping centre in the north-western Moosach district.

Reports speak of one attacker. Some shopworkers are reportedly unable to leave the building.

There is no information about a possible motive for the attack.

The security forces have been on alert after a migrant stabbed five people on a train in Bavaria on Monday.

The authorities had warned of the danger of further attacks. 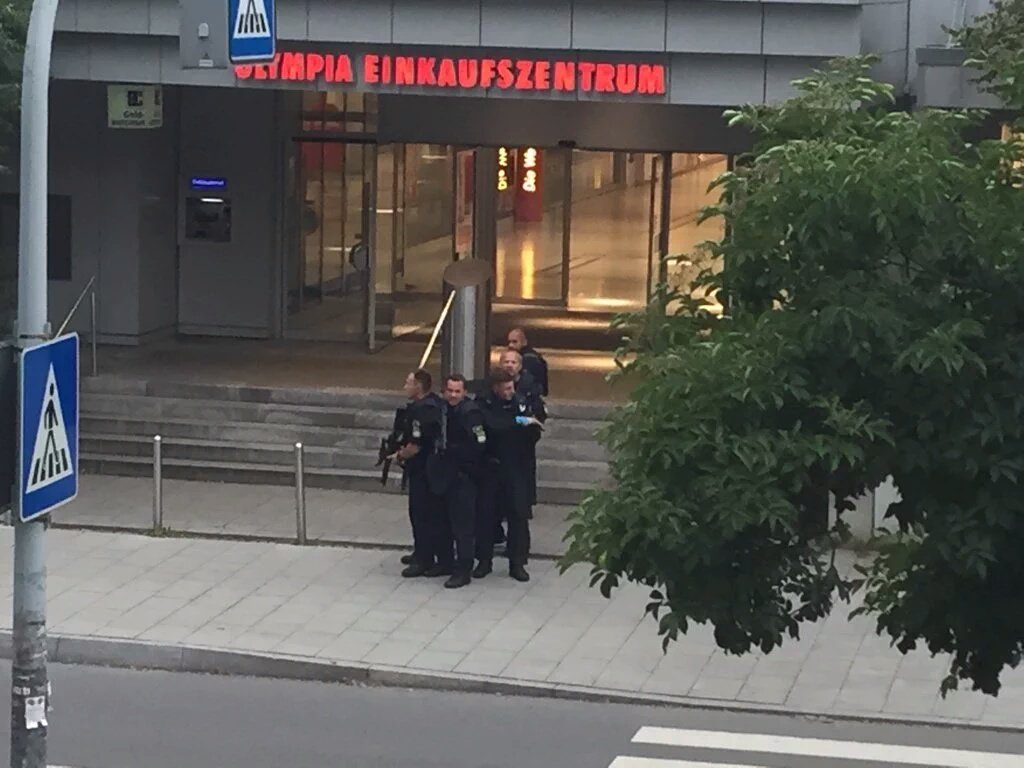 A man working at a local petrol station told the BBC: “We see just ambulances and it’s like firemen and police but all this area is evacuated, all the streets.

“Now [there] are no cars just on the side of the streets. All of the streets are blocked. I see that the people are scared. Everybody are running around.”

Public transport is said to have been suspended as the security operation continues.

Police respond to a shooting outside the Olympia shopping mall in Munich.
A truck plowed into a crowd of Bastille Day revelers in Nice, France, last week, killing more than 80 people.
This week, a teenager who said he was inspired by ISISÂ stabbed passengers on a German train before police shot him dead.

Anyone want to wager on who claims responsibility for this shooting in Munich? Merkel might as well.